Much of the reason that interest continues to grow year after year is because the procedures have evolved. These aren’t the breast implants that first entered the mainstream during the “Baywatch” era. Today’s implants come in a wide range of shapes, diameters, and projections that allows for a much more natural look.

Your augmentation would begin with a series of measurements that, one, ensure the ideal placement of the breasts in relation to your shoulders and, two, properly align the areolas and nipples. It’s a process I’ve come to refer to as Cup Crafting. 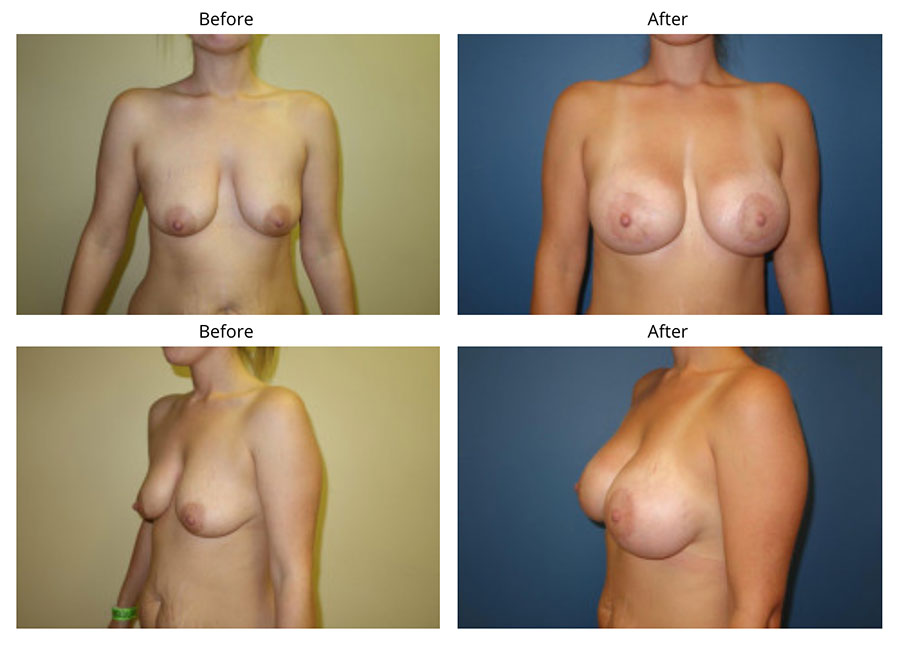 During this initial consultation, I’ll also ask you to describe how your ideal breasts would look: perkier, for instance, or fuller. Perhaps, simply, more youthful. This is the time, too, for us to address any questions or hesitations you may have about the procedure:

We won’t proceed until you’re fully confident in the procedure.

What to expect during the procedure
As for the procedure itself, this is what to expect: The surgery is usually done with either general anesthesia or conscious sedation, so you’ll either be asleep or sedated. It varies by patient, so we’ll discuss it beforehand.

During the surgery, I’ll make small, economic incisions to create a pocket to make room for the implant. Once I’ve positioned the implant, I’ll close and bandage the incisions. The entire procedure usually lasts less than two hours, and you’ll be able to go home soon afterward.

I practice conservation when making any incision, which reduces downtime and post-operative pain as much as possible.

What to expect after the procedure
Recovery varies from one patient to the next, but, on average, full recovery ranges from four to six weeks. You should feel significantly better within a week, though you’ll still want to stick to light activity and avoid strenuous activity until you’re fully healed.

Should you need pain medications after the surgery, you’ll have access to them in accordance with your overall recovery plan.

The incisions will leave minimal scars, but they heal very well and become harder to see with time. Plus, they’ll be located in an inconspicuous spot, so you likely wouldn’t notice them unless you looked for them.

It’s important to enter into a breast augmentation procedure with realistic expectations, and we’ll discuss them during your initial consultation, but this type of breast enhancement can:

Augmentation does have some limitations. In the case of severe drooping or sagging, many women will also need a supplementary breast lift, which can easily be performed alongside the augmentation, diminishing downtime and post-op discomfort.

How long will your results last?
Your breast implants should continue to please for about 15 to 20 years. Sometimes, significant weight gain or loss can affect their appearance, or the implant may shift or cause complications, requiring revision surgery. But I take a meticulous approach that results in an extremely low risk of the implant rupturing or migrating.

Not only are implants much more individualized than they once were, they’re also much safer. So feel confident in both your decision and the results.