It’s a new year, which means, for most of us, new expectations for ourselves. If living a healthier life is one of your goals, we can help with that.

Eating a balanced diet and exercising on the regular are the surest means to achieve and sustain the healthiest version of ourselves, but the physical results don’t always come as quickly as they feel like they should, which can eventually become our biggest deterrent.

Instead of heading down the same path this year, why not hit the ground running, so to speak, by supplementing your lifestyle changes with a cosmetic procedure that will remove that pesky, unwanted fat, and better position you to succeed? Here are two distinctly different options for your consideration.

The lowdown on liposuction
When you think fat removal and cosmetic procedure, liposuction’s likely the first thought to spring to mind, right? You probably even know someone who’s had it done, it’s that widespread. What is it, exactly? There are a few different techniques, though they all use a thin tube connected to a vacuum to suction fat from the body.

Tumescent liposuction is what you’re probably familiar with. It’s the most common technique. Basically, I inject a sterile solution into the area where I’ll be removing the fat, which makes it easier to suction the fat with less blood-loss and pain.

Depending on the extent of the surgery, you’ll be under either a general or a local anesthesia. And, in most cases, you’ll be going home the same day. That said, you should expect some bruising, swelling, and soreness for a few weeks. It shouldn’t be so much, however, that it keeps you on the sidelines for longer than a few days. You should be able to return to work the following week and be back to doing all your normal activities within a couple weeks.

Liposuction is a viable solution for removing unwanted fat from pretty much any area of your body—the thighs; the abdomen and waist; the inner knee; the cheeks, chin, and neck—but it is not a treatment for cellulite or loose skin.

The question I’m asked all the time about liposuction is: Is it permanent? The fat cells are permanently removed, but the procedure will not prevent you from gaining the weight back with new fat cells. Which is why liposuction should supplement other lifestyle changes. 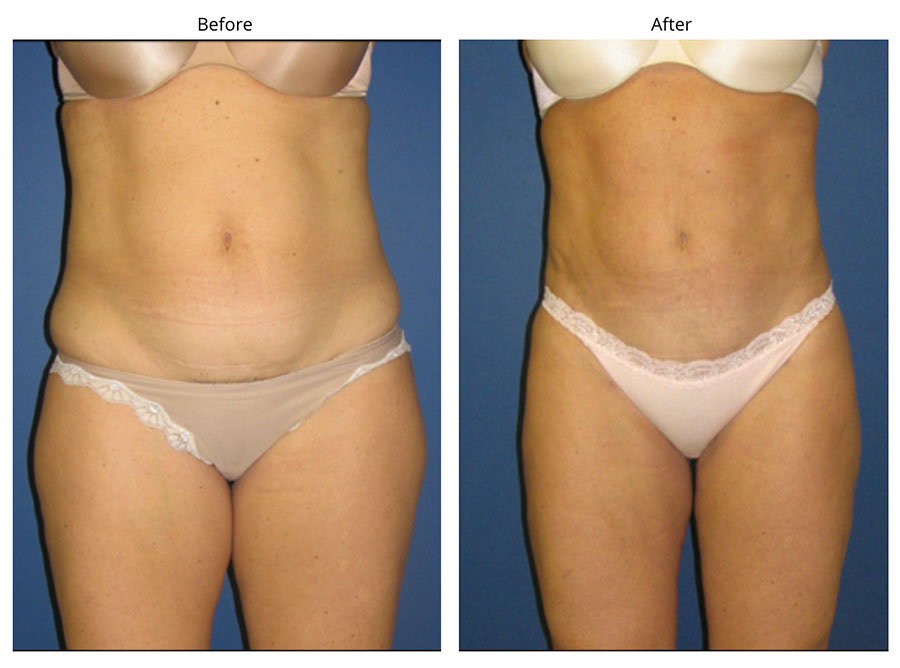 It doesn’t get any easier than CoolSculpting
CoolSculpting is a lot less invasive, and it requires little to no recovery, but it is more of a gradual process. It’s an innovative procedure that uses controlled freezing to eliminate unwanted fat.

Years back, a couple of Harvard scientists noticed that some kids got dimples in their cheeks when they ate popsicles. They later came to realize that the popsicles were freezing and eliminating small pockets of fat cells. Simplistic as that sounds, that’s the premise behind CoolSculpting.

The procedure delivers precisely controlled cooling to a targeted area. The treated fat cells are frozen, then die. There’s no damage to the skin or the surrounding tissue. Over time, your body will naturally process the fat and eliminate the dead cells, leaving a more sculpted you.

You won’t be put under. In fact, you can catch up on emails while you undergo the treatment. Even better, you can return to your normal lifestyle as soon as you leave our office. 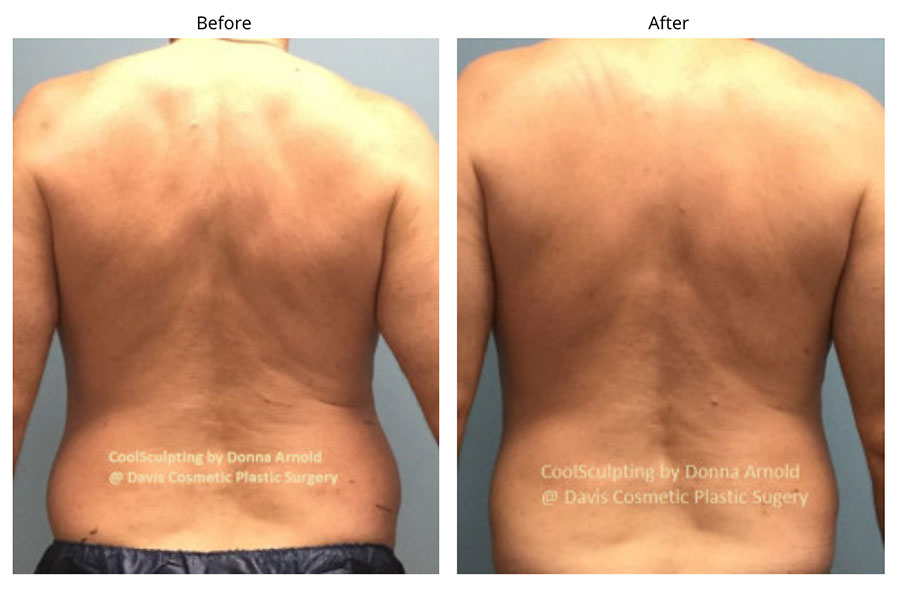 Some may see their desired results after as little as one treatment, but most usually need to undergo a few. Otherwise, it’s pretty much fat-loss on your terms.